Words or Wisdom Revisited.
(thanks to Willow's weekly prompt) 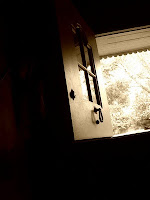 Shutting half your stable door,
means half your horse has bolted.
Two "gal" legs on the stable floor,
but the "lop" legs have revolted.
Last night you had a one-horse horse
(Don't just stand there and glower!)
Saddle the half that you have left.
Ride forth at half horse-power.

"My Kingdom for just half a horse!(*)

So let's be on our way!"
The front half sotto voce said -
"Okay," Or was that "Neigh."?
And Lo!  The front legs work quite well,
(though its rump drags on the ground)
Bring Superglue to bind things up
when the back-legs half is found.

Follow those semihorse-shoe tracks
along the bosky path.
Count only hoofprints in matched pairs -
that doesn't need much math.

And while you hunt the missing legs
and wonder, "Why'd they want to
leave me thus?", the front legs say
"Perhaps they've joined the panto!"(**)