Tender hearted Tess at Willow Manor says several writers asked her to use this picture for the prompt this week.  O.K . . which of yous guys wuz it? 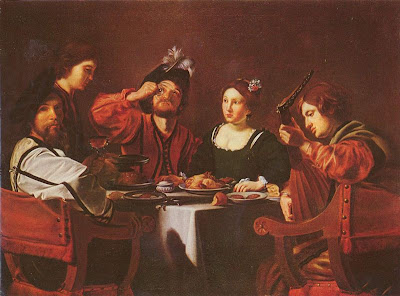 You guys don't like your Tudor kit?
Too bad, 'cos we've a film to shoot.
Will you stop fiddling with that lute
and try to concentrate? Is it
to much to ask? Address your task.
ACTION! Pretend to eat a bit
of stage-food pigeon. Then we'll shoot
the sword-fight. Great in Tudor kit.

Which half-wit cast that dozy broad?
Can she remember her next line?
What's that? She has none? Great. That's fine.
Maybe that's why she looks so bored . .
(Again that lute. Has he no mute?)
ACTION! The cost of filming's soared
because she's guzzled so much wine . .
Which slaphead cast that half-cut broad?

Now what's the matter with your glass?
You think it's cracked? Don't tempt me, Son!
Oh alright! Get a crack-free one.
Things would come to a pretty pass
if you got . . CUT! I wish I'd put
that cloth-eared lute man out to grass!
SOUND! ACTION! Can we please get on -
if  Dumbo's happy with his glass?

I sure do love the waiter's stance,
his servile manner, his trim build.
He knows his place. If soup got spilled
he'd cough discreetly, look askance . .
He's really sweet, short and petite . .
He loves the lute man? Not a chance!
He's the young lily I might gild.
Oh how I love that waiter's stance.

That beardo wears such silly shirts
Shirts? They're more like big girls' blouses.
He never plays to my packed houses.
He needs a good kick where it hurts.
(That lute dude needs two fingers rude!)
He doesn't speak lines, he just blurts
them - or grumbles, grunts and grouses.
Some weirdo! And some silly shirt.

All actors think they're really 'it'
think filming is a piece of cake,
think I'm the film-world's greatest fake,
think everything I've shot is sh*t!
(That f**k**g lute will feel my boot!)
ACTION YOU SWINE! You're all unfit
for acting! THIS IS ONE LAST TAKE!

(Luke Prater at One Stop Poetry this week introduced poets to the "High Octain" extension of the Octain form.  The poem above extends the form even further and I claim the World Record (so far) for the "Skyscraper Octain." - 6 storeys.  An example of the "Bungalow Octain" can be found one post down.)
.
Posted by Doctor FTSE at 2:41 PM 18 comments:

Luke Prater at ONESTOP POETRY deals this week with the "Octain" form and invites poets to try their hand . . oh well . . might as well.


THE DIRECTOR ASKS THE EXTRAS TO . .

Director in director's garb
yells "CUT! You prats in pointy hats!
I think you're all some sort of barb -
- arians! Surely it's not hard
to murmur "Barbrhu, barbrhu, Barb?' "
Posted by Doctor FTSE at 1:40 PM 11 comments: 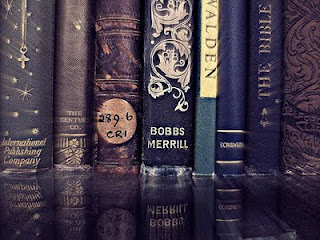 A dreamer called Henry Thoreau
one morning awoke and said "Oh,
Goodness Me! Think I should
go live in a wood?"
Said Mrs.T, "Great! Off you go!"

A century later came Skinner
who thought he was onto a winner.
We should combat life's stress
with Ludo or Chess
before, during and after our dinner.

Last verse, and I really do hope ya
enjoyed those two forms of Utopia.
Well then, for an encore
you could try Thomas More -
his original wasn't much dopier.


"Walden" or "Life in the Woods" H.D.Thoreau 1854
"Walden 2" A novel. B.F.Skinner 1948. Skinner was the ultimate behavioural psychologist. He denied free will, arguing that our every action is a learned response to external stimuli and we have no control over the response. To prove the point he taught pigeons to play ping-pong. Or something. His initials - B.F. - seem entirely appropriate.
Walden 3 "Utopia" by Thomas More, 1516. More was eventually executed by Henry VIII, but not for writing his book.
Posted by Doctor FTSE at 7:25 PM 20 comments:

A somewhat time-worn statue of St.Francis of Assissi is Willow's intriguing picture-prompt for writers this week. 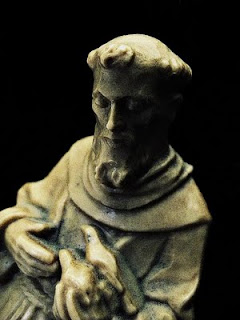 The Patron Saint of Animals?
You must be joking, Mate!
Four footed, finned or feathered,
implacable I hate.

Do I look well-intentioned -
grim mouth and stony stare?
The trusting woodland creatures
had better all beware.

I lure the little birdies
with crumbs of mouldy bread.
Then I bake them. That is why I keep
a pie-crust on my head.


Less irreverent entries are linked HERE
Posted by Doctor FTSE at 9:06 AM 29 comments:

Linked to Poetry Pantry#49, at Poets United.  Thanks to Robert Lloyd for providing the opportunity.

Your mission today, should you choose to accept it, is to guess which well-known tune(*) the following could be sung to - 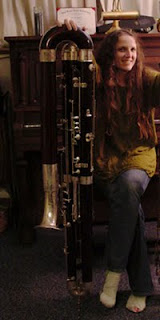 My contrabassoon is too tall for the shelf
so she stands by my chair on the floor.
She is almost as tall as her owner himself
but she weighs not a pennyweight more.
She is made out of teak,
and once or twice each week
when I'm seized by euterpian urge -
I will blow, huff, fill her insides with puff -
make her music surge. 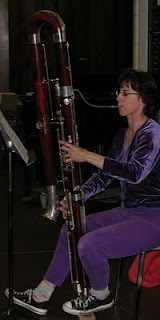 My contrabassoon is a fine piece of kit
though she looks like she's blown upside down.
When melodies flow from that round shiny bit
her moaning awakens the town.
She's all shiny and curved
and it's really absurd
to diminish her role any more.
Keep her end pegged firmly between your legs
and address the score.

The sound that she makes comes from down in the dumps
where the tubas and celloes hang out.
When she mournfully quavers and grumbles and grunts
the basses are left in no doubt
that though they're pretty deep
she'll get down underneath
any ditty that twangs from their strings.
Feel your toes curl, give all her knobs a twirl
so her foghorn sings!

(*) "My Grandfather's Clock" rendered by the late, great Johnny Cash.