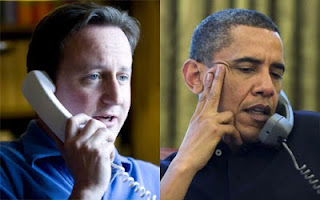 What is David Cameron's private telephone number? Or Barak Obama's?  Take your pick.

I know you don't know. But the point is -  you KNOW that you don't know without having to think about it.
A computer has to scan ALL ITS STORED TELEPHONE NUMBERS before it can tell you it doesn't know.
See what I mean?

On the Siting of Bathrooms.

" I wonder what they do all day?"
"You wonder what who do all day, Simpleforth?"
"Lighthouse keepers, sir.  D'you think they play Scrabble? If there's only one of them, maybe they play Patience.  And of course, they have to clean the lenses. That must be fun. D'you think they see distorted reflections of their faces in the lenses? Do you think if they stand in front of the light at night their giant shadow is flung across the sea every time the light comes round?  D'you think they maybe run round and round fast enough so they're always in the path of the beam and their giant shadow gallops across the waves?  That would scare mariners out at sea, I should think.  What do you think, sir?"
"I think perhaps you're rambling again, Simpleforth. Much as it delights the rest of the class . .   can we get back to Wyeth's picture?"
"Sir, where are the toilets?"
"You've been in the school long enough to know the toilets are off the cloakroom . . "
"No sir. The toilets in a lighthouse.  I mean, if they're at the bottom, it's a long way to go, all the way down the stairs if a keeper needs . . . you know, Sir . . . while he's attending to the light. And if they're at the top, where the light is, and the keeper is downstairs . . . that's just as lacking in . . er . . convenience. So to speak. I think this must have been in Wyeth's mind when he painted the dandelions."
"What must have been in his mind when he painted the dandelions?"
"Where to put the toilets, sir."
"Simpleforth - why do you waste one of the best brains in the class on this twaddle?"
"I think Wyeth knew about dandelions and toilets and has united them in a sort of pictorial joke. He's using dandelions on purpose to make us think about . . . . "
"Think about what? You've stopped, Simpleforth?"
"I was just thinking, sir, that Marcel Duchamp's "Fountain" in a patch of dandelions would have made the point better . . . "
(At this point the tannoy beeped for the end of the lesson.  The class began to collect their books and notes and head for the door, Simpleforth leading the way. The Art Master opened his laptop and Googled "Duchamp, fountain" followed by "dandelions."  He read quietly for a while, then smiled.)
"I think the best advice we can give to lighthouse keepers is - don't eat dandelion leaves at bedtime, wherever the toilets are. And no doubt young Simpleforth will continue to surprise us . . . "

G-Man requests our inventive fol-de-rols as an antidote to Friday, in 55 words. Here goes. 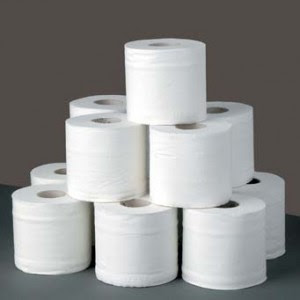 A gang held up a truck delivering toilet rolls to a Tesco Convenience store.   When the driver tried to tell the thieves his load had little value they got annoyed and sprayed his truck with bullets. He escaped unharmed, his cab being fitted with bullet proof glass. But there was a lot of soft tissue damage.

But Not Necessarily in the Right Order!